Back Home Safely with Some Surprises

Well my friends we have had a very exciting time just lately but all of us dogs are back at the shelter and no harm seems to have been done. All of my dog friends and I are very tired and still a bit worried about what happened with the fire so we are mostly resting and sleeping in the shade.

My human friends Sina and Grace do keep disturbing us though. They are doing a thing called counting and they keep doing it over and over again. Then one of them comes along and says ‘That dog is in the wrong kennel’ and the dog gets moved somewhere else. After a lot of counting Sina and Grace started jumping up and down and getting very excited.

They told me that during the fire and the evacuation and living in the place called the stadium for lots of days we hadn’t lost a single dog! Can you believe it? Then they said that we had what they called a bonus; we had three new dogs and two new donkeys. How good is that? The new dogs and donkeys may have been frightened by the fire or dumped by their humans but they will be OK and we will look after them now. 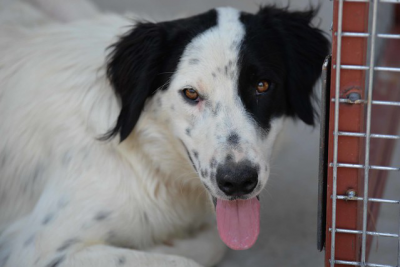 We have called this dog Huhu, until he gets a proper name.He is a big softy and we love him already. 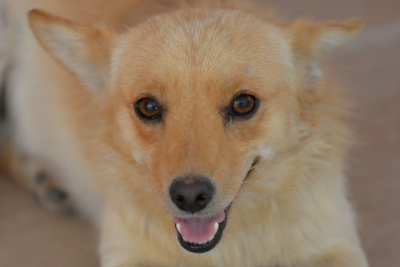 How about this sweet little thing? He is living on the bungalow balcony with all the little dogs at the moment. 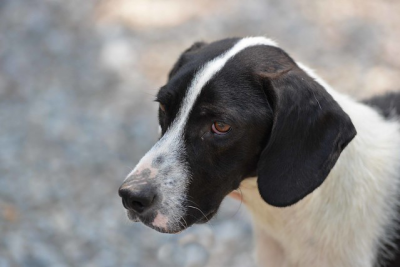 This new friend walks like a cowboy, he is a very proud dog who likes to follow his nose. 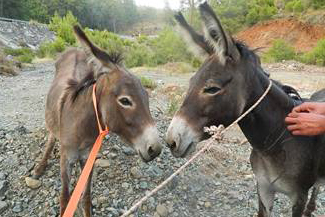 Our new donkey friends, mother and daughter, aren’t they sweet?

Thank you so much to all of you kind humans who gave us lots of money to pay for everything to do with the fire. We are very grateful to you. 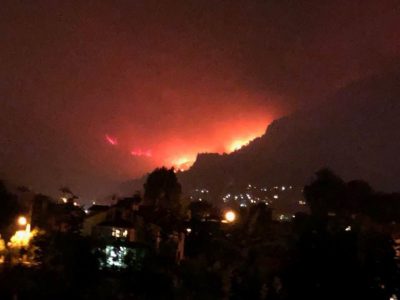 The firestorm is coming 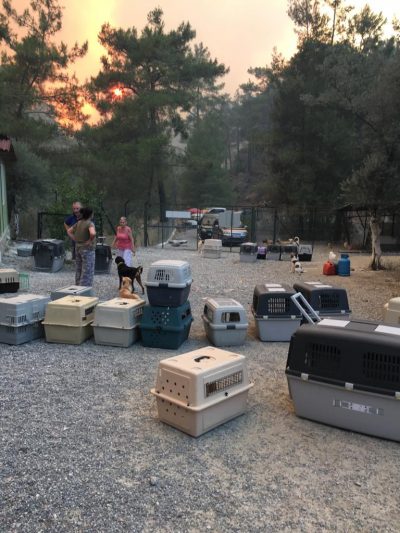 Get ready and fast 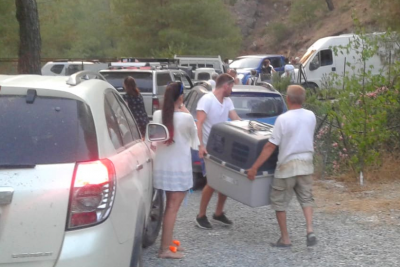 Quick as you can

Cars, Vans, and Trucks travel through the night

I am Akkus one of the oldest members of the dog shelter, I am mascot and the reporter of all news.

On a day called Wednesday as the big orange thing in the sky was going to sleep all us dogs noticed a very strange and strong scent in our noses. Then the sky started to go very dark.

All of a sudden all of our human friends that we see every day came to the shelter in their noisy things called cars all at the same time. Something very strange was happening but we didn’t know what. We don’t like strange things we don’t know and we started to get very scared. Then we heard a clicking sound above our heads and one of my clever dog friends said it was a very scary thing called a helicopter.

Then our human friends all came into the shelter and they were running all over the place getting all the dog boxes and putting them on the ground near the gate. They said there was a thing called a firestorm coming and we all had to get out fast!

Then more and more and more humans came in things called trucks and vans. Some of the humans said they made it through the fire before the forest road was closed by humans called policemen and firemen.

Our human friends came into our kennels and took us one by one out to the boxes. They were being very fast, running like the wind, and tying our collars with things that were called ropes and torn up sheets. We were all getting more and more scared but we trust our human friends so we were very good and went quietly with them. They put us in cars and vans and trucks and we went fast through the night over the mountains where the road was still open.

Then we came to a funny place called a football stadium and we were all so scared and tired we went to sleep with our human friends giving us water and watching over us during the night.

In the morning we woke in a very strange place. It has something called grass, it is a colour called green and it feels nice on your feet. We like it. Guess what? We were told that there were 100 of us dogs all in the same place and all together, no kennels, just all my friends and I on the grass together. We tried to be good but one or two of us got a bit cross and grumpy but mostly we were all very good and kind and calm.

Our human friends worried for two days that our shelter would be burned down but now they tell us it may be OK and we hope we can go home soon even though we like the green stuff called grass.

The friends rescued all of my 250 friends in something called two and a half hours and I think they did a good job, we are all safe and well.

Although we dogs are safe we have been told that the environment near our shelter is badly damaged and many of our little wildlife friends have died. This makes us very sad.

It costs a lot of money for us dogs to be staying in many dog hotels, clinics, and many other places; not just the football stadium. The humans say we need lots of money to help with this terrible disaster, we may have to stay away from the shelter for many days.

Can you help us please? 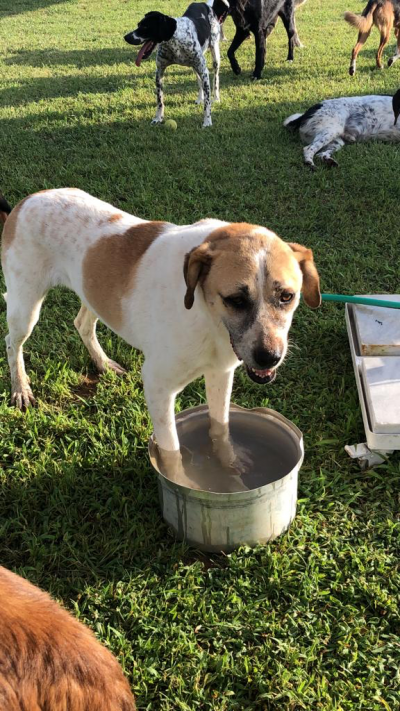 It’s a bit hot in this stadium 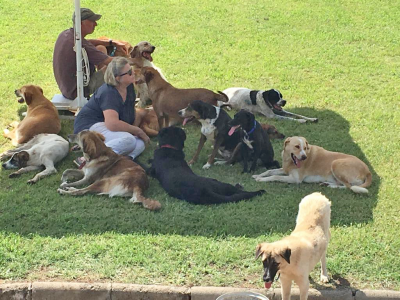 Human friends looking after us in the stadium 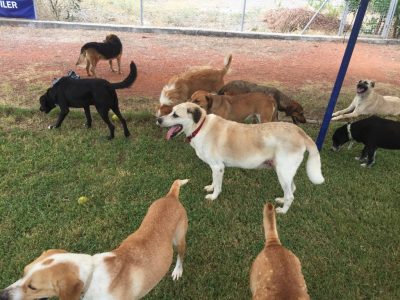 This is me Akkus with some of my friends

What’s this green stuff we are running on?