Hi Dear Friends, I have a great heart-warming tale for you today. It’s the story of how we fix a dog.

Several months ago now a new dog called Peder arrived to join us dogs in the shelter. The poor boy was in a terrible state; he was very scared, very quiet, and he looked horrible. After our kind vet Aynur had seen him she said that he had something called mange and leishmaniasis. He was also very very skinny.

Our human friend Sina told us that leishmaniasis was a terrible disease that is caused by a tiny sand fly that you cannot see and it is very difficult to prevent and although the symptoms can be treated it is incurable and the animal with the disease has to be carefully monitored and looked after for all of its life.

Mange is a horrible skin disease caused by parasitic mites, they sound yuch!

Apparently the leishmaniasis and mange showed that Peder had been very badly looked after by his humans before he came to the shelter.

Anyway Sina and her helpers looked after Peder very carefully and gave him lots of medicine and guess what? He is a new dog!

My human friends said those words again about Peder’s medicine …….. what is it again ….. I remember now ……. ‘Very Expensive’ 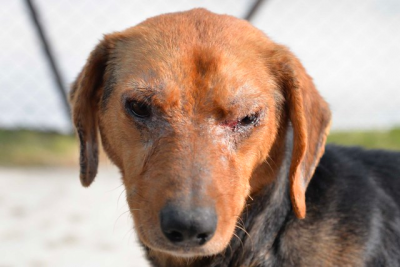 Peder on arrival at the shelter. 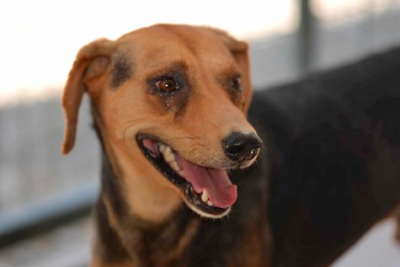